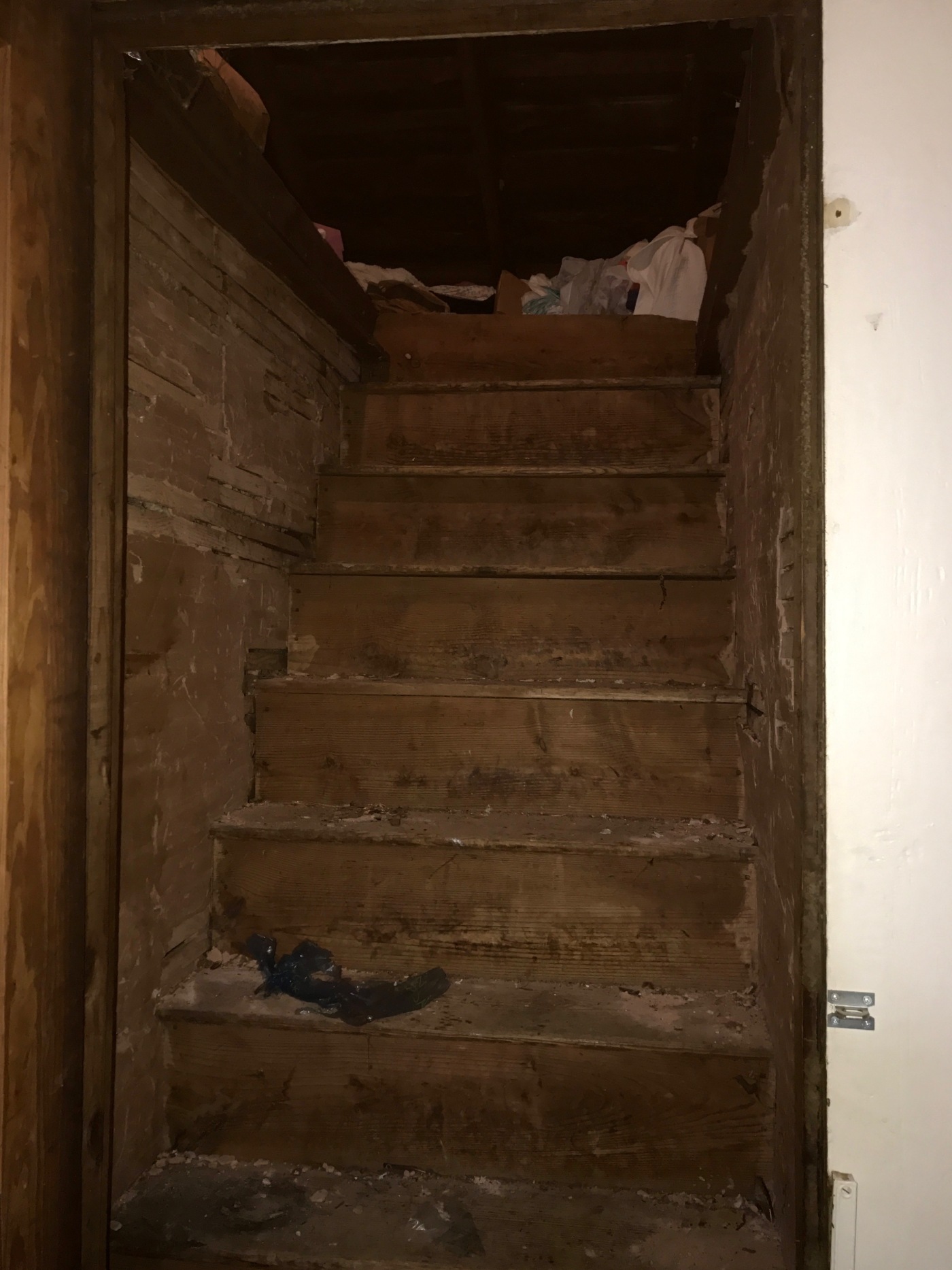 One rainy day, we broke the lock on the attic door.  We knew that the renters hadn’t had access to the attic, but beyond that we weren’t sure when the last time the door had been opened.  In my opinion the attic held the most promise of treasure. ( video inserted here)

Did you see that look on his face?  It says it all.  The attic stairs were dark, the cobwebs hung low and the dust was thick.  But still, Chris entered.  After a few steps up, he stopped.  “Shhh,” he said.  Then it was gone.  The slither had disappeared, and all that he saw was a skin.  Well, maybe not just one skin.  A lot of skins.  The previous tenants were not the only inhabitants of this old house.  Many, many large black rat snakes had explored every crevice and crack.  Among the many items in the attic were the molts of these snakes. 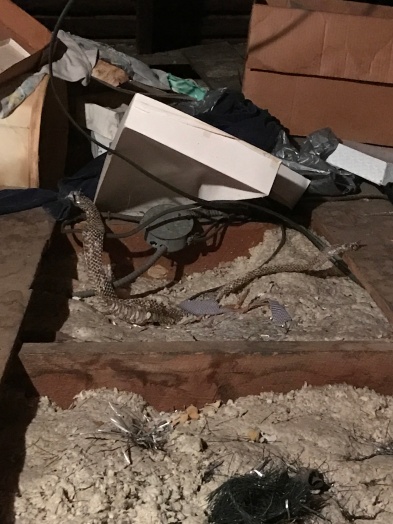 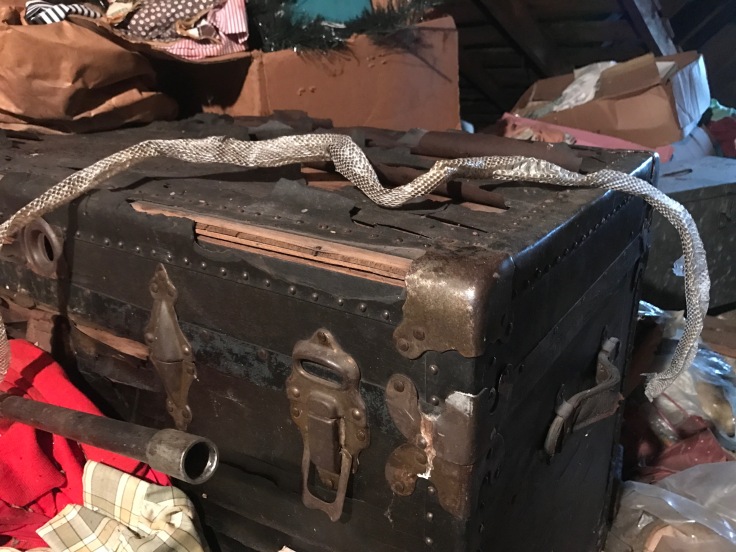 Once I saw this chest I felt like Indiana Jones, an archaeology professor who often embarks on perilous adventures to obtain rare artifacts.  My adventure into the attic was not as perilous as falling into an entire pit of snakes; yet it did take a heavy dose of bravery to climb the steps, turn on the light and reach my hand into a pile of  fabric scraps where a snake might be sleeping. 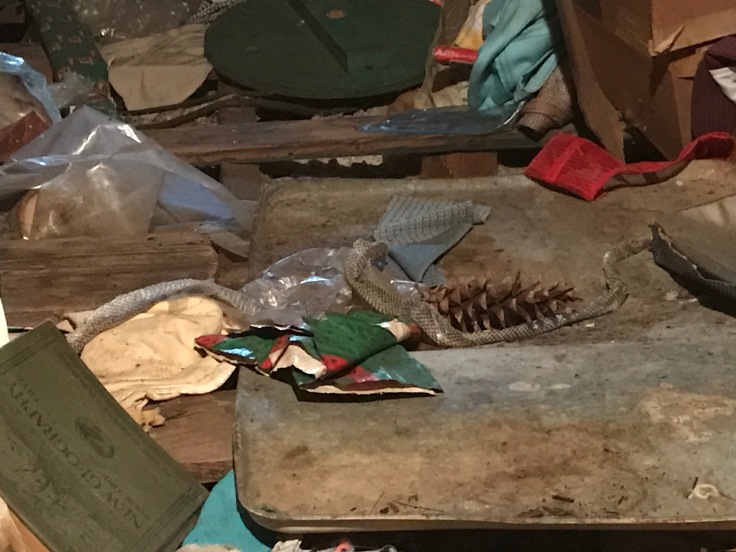 Eventually, we determined that the black rat snakes were not picky about their location. During an examination of the structural integrity of the house, Mark and Chris found just as many skins hanging on the stones in the basement.

Ultimately, are you wondering if I, like Indiana Jones, obtained rare artifacts?

I will leave that post for another day, perhaps when this clutter is all

cleaned and sorted out!

2 thoughts on “Raiders of the Lost Ark”